Kappelt gBridge publishes on those action topics, once an action request is made via Google Assistant.

Your device/ software should subscribe to those topics and trigger the appropriate actions once a message is received.

This is an integer number that identifies your gBridge account. It is the same for all devices of your account.

This is an integer number that identifies devices you’ve created. A device id is unique.

The trait declares, as the name says, the feature that is called. Currently, it is either onoff (for turning a device on or off) or brightness (for setting the brightness of a device).

Once an action is requested via Google Assistant, data will be published to the belonging topic.¶

The current state of your device shall be published to status topics, so gBridge can cache them. Once a query is made via Google Assistant (like “Hey Google, is device xyz turned on?”), the last value that was published to the status topic will be returned.

Your device/ software should publish the current states of your devices every time something changes (e.g. they are turned on or off). It must publish the new states even if the change was triggered by an action topic by gBridge itself.

By default, status topics are formatted as shown. You can identify them by the suffix “set”. You might change them as you like.

The parameters (userid, deviceid, trait) have the same meanings as for action topics. 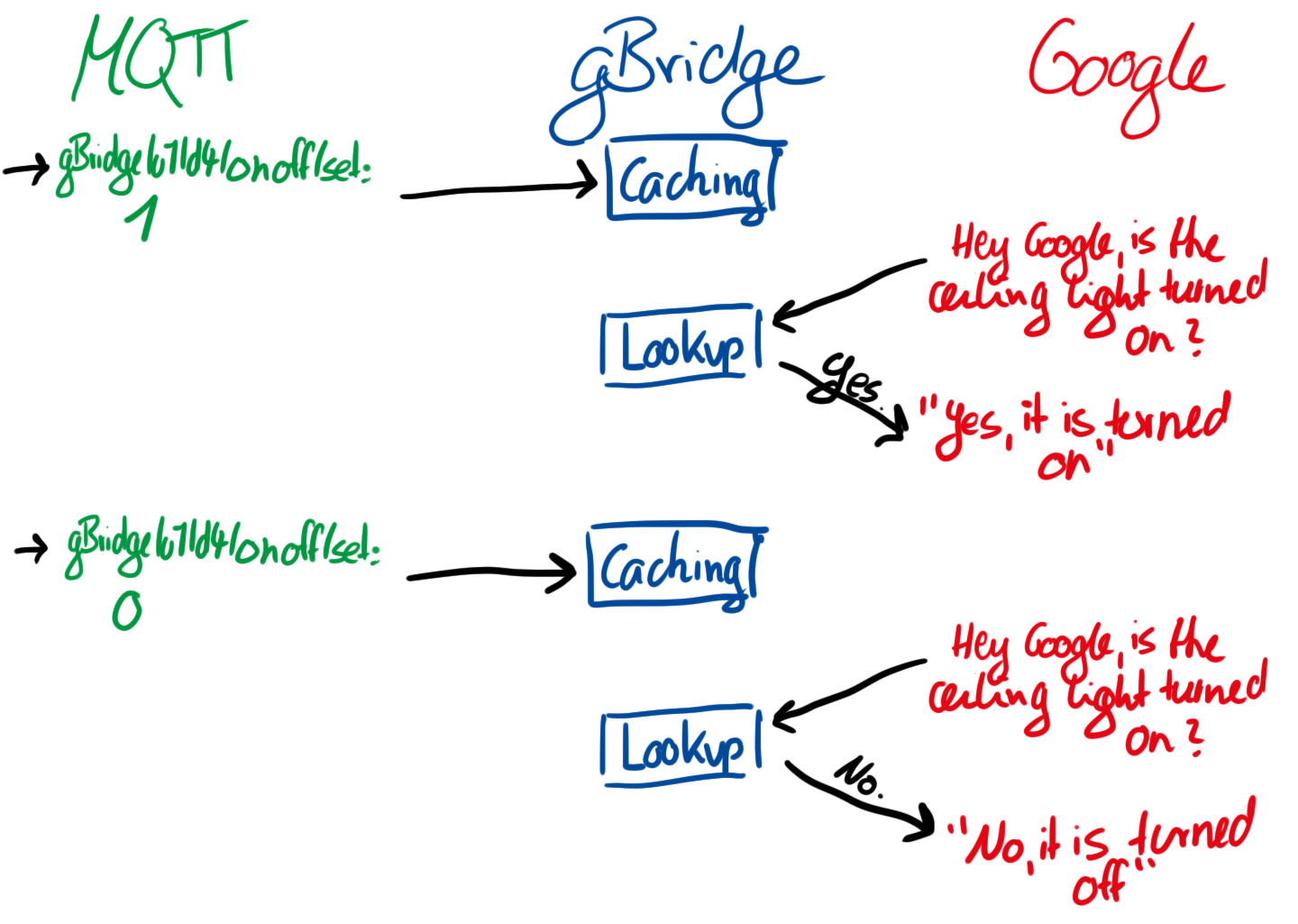 Device states will be cached and sent to Google once a query is made.¶

Only certain values are valid for MQTT messages on the topics described above. Publishing other values than allowed may cause undefined behaviour.

Allowed values are specified per trait. Have a look of the individual trait pages for more information about possible values and examples.